What does “Mali” represent in the Gulf Thought?

The ancient Mali Empire which is rooted in African history had various names. Some used to call it “Melli”, meaning “Hippo” in the Bambara language; some Berbers called it “Melit” and “Melal”, which is the first name known until the middle of the fifth century AH. The Arabs used to call it “Mellil”, while the Hausa tribe still calls it “Wangarawa”, which is derived from the name of “Wangara Island” which inhabitants contributed to the spread of Islam during the reign of King Muhammad Rumfa. However, the common name used to refer to the West Africa region up to the Atlantic Ocean is “Land of the Takrur”, most prominent of which was the Mali Empire with Timbuktu as its major city. Timbuktu was nicknamed “the other Mecca” for being a route and a starting point for the Hajj and Umrah caravans. It was also an epicenter for Arab and African scholars studying at the University of Sankore, a learning center in Africa at the time. Furthermore, what enhanced Timbuktu’s status is that it was a hub for knowledge and scholars and home to so many saints’ shrines.

After independence, Bamako had a central role in boosting African solidarity led then by President Modibo Keita, a major political figure in the history of Mali. Keita contributed to drafting the Charter of the Organization of African Unity and to the formation of the Union of West African States. He also managed to end the armed conflict between Algeria and Morocco known as the Sand War that took place in the 1960s. On the background of the strategy imposed on Africa at that time which dictated eliminating national African voices by supporting African regimes struggling against communist expansion, a coup against President Modibo Keita was led by Lieutenant Moussa Traoré in 1968. Traoré abolished the economic socialism of President Modibo and established a security system led by the most prominent intelligence officer at the time, Tiécoro Bagayoko who adopted the slogan “The scientific environment is opposed to the military regime”. Accordingly, all political activities were banned and Mali experienced an era described by contemporaries as ruining of the remaining cultural legacy that Mali boasts.

Two decades later, that in 1991, the military regime was overthrown by Amadou Toumani Touré, nicknamed “the Soldier of Democracy” for his role in forming a committee to save the people, organizing the presidential elections and handing over power to the elected president at that time Alpha Oumar Konaré. Konaré ended his presidential term in 2002 to become the only Malian president to voluntarily relinquish power. At this point, “the Soldier of Democracy” or Amadou Toumani Touré ran for presidency which he managed to win and formed one of the most efficient governments due to representing all parties and which ruled until 2012. The military coup scenario arose once again when Captain Amadou Haya Sanogo overthrew the government of Amadou Toure. Sanogo justified his action by the regime’s inability to combat rebels in the north and lack of the necessary equipment to defend the country. After the successful coup, Dioncounda Traoré was chosen as acting president for a year until presidential elections were organized and won by the current president, Ibrahim Keita, in September 2013.

In the past few months, Mali witnessed a popular movement against the ruling regime in Bamako that confused the international player in Mali (France). This international player was almost done with the development of the new action plan for the European military task force known as “Takuba” which supported former military missions (such as The European Union Capacity Building Mission in Niger 2012, The United Nations Multidimensional Integrated Stabilization Mission in Mali 2013, and the European Union Capacity Building Mission in Mali 2014) but suddenly became upset by the huge protests roaring in the streets of Mali.

Paris is aware of three main facts in Mali. Firstly, Mali is different from other West African countries in its self-identity and rejection of French culture including the exclusion of French language widely regarded as an aspect of civilization in Senegal, Niger and Côte d’Ivoire. Secondly, France faces a rising and aware African generation that persistently seeks change, and thirdly, the demonstrations will not keep France away from Mali, no matter how long they last, despite that Mali is a unique nation. Thus, the increasing protests in Mali will end with a deal with the protests leaders who will partially be granted power whether President Ibrahim Keita remains in office or relinquishes power. However, continuing to suppress the public and imposing a fait accompli policy will be of no avail for it’s too late by now. The question here is: Will the popular movement leaders who are at the forefront of the Malian scene today and who blessed the French counterterrorism intervention in their country in the past turn against France in the event that President Ibrahim Keita is removed? Or is reaching a compromise with Paris is better than seeing the country falling into a power struggle in which the protesters’ rights will undoubtedly be lost?

The Gulf political vision is aware that the current and future events in Mali will affect in one way or another its foreign policy towards the Sahel and Sahara region. So, adopting a new foreign policy towards the Sahel and Sahara region in the event that the rules of international politics and players change requires that we be prepared for the challenges that may hinder the Gulf interests. Those interests have started to make way in that region, especially since the sustainability of some of them is subject to respecting the African nationalism, not to mention some who view that region as a private property with almost no room for change. Accordingly, it is necessary to benefit from Mali’s political attitude which we have recently seen when Bamako supported the State of Kuwait to obtain the Security Council membership in March 2019, the membership of the Economic and Social Council in May 2019, and membership of the International Maritime Organization. Out of our concern to maintain Gulf interests and in order to avoid future unfortunate consequences, I see that the GCC countries should cooperate regarding the Sahel and Sahara region, hoping that this will be the beginning of a unified Gulf effort in the rest of African capitals to pave the way for the establishment of an Afro-Gulf strategy that the two parties can benefit from. In addition, this could also be a step towards the Gulf integration we aspire to as Gulf citizens. The African political reality in general indicates that the Gulf interests are far strengthened when functioning as a bloc rather than individually, not to mention the enhancement of the Gulf political experience in Africa, something that the Gulf political thought still lacks.

The article was published in the UAE newspaper, Al Bayan, 26 AUGUST 2020 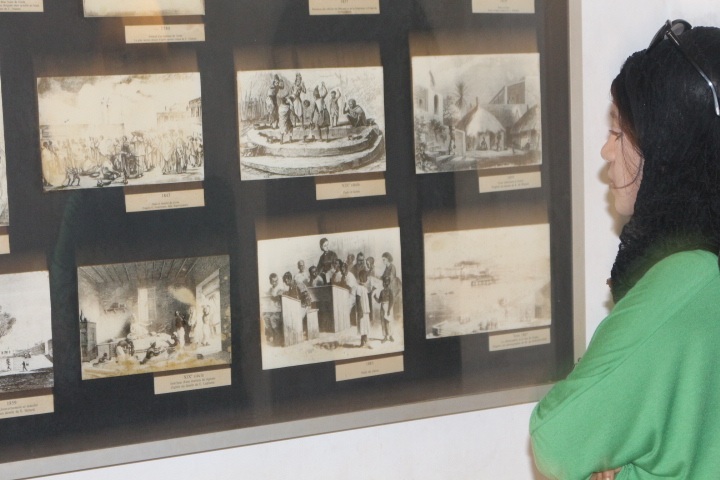